Waiving Telemedicine Copays—So Why Are Patients Still Getting Charged? 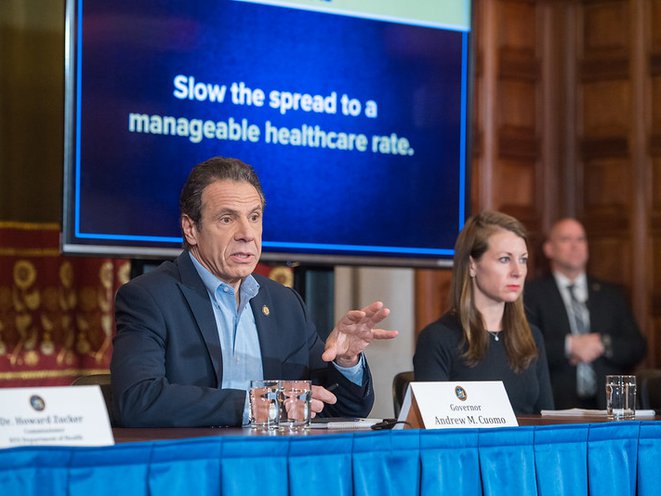 This article was featured in The Gothamist.

When Jacklyn Lacey’s anxiety medication was set to run out in mid-April, a few weeks into quarantine, she got in touch with her doctor’s office and asked if she could refill her prescriptions remotely, hoping to stay indoors and minimize her risk of contracting COVID-19.

Because of the status of Lacey’s medication under the federal Controlled Substances Act–which regulates drugs based on their potential for abuse and other factors–renewing her prescriptions usually requires an in-person visit that comes with a $10 copay. But her doctor’s office had made exceptions in the past, including when she was self-isolating at home in early March as a precaution after returning from a trip to Vietnam.

This time, Lacey was told if she wanted to refill her prescriptions without coming into the office, she would have to make a telemedicine appointment. The fee, to Lacey’s surprise, would be $50 up front instead of the usual $10. Lacey, a medical anthropologist, derided the charge as “an unacceptable gate-keeping tactic for people to be able to access their prescriptions.”

It also seemed to be just the type of fee Governor Andrew Cuomo was talking about when he announced in mid-March that patients would not be held responsible for any out-of-pocket costs associated with telemedicine visits during the current state of emergency.

Cuomo’s directive is part of a larger effort to slow the spread of the novel coronavirus by encouraging patients to take advantage of medical consultations provided via phone and video chat, rather than making in-person visits to the doctor. It requires health plans to waive copays and deductibles for these remote consultations, regardless of whether they are directly related to COVID-19.

In some cases, doctors and health plans are still figuring out how to bill for telemedicine visits during the coronavirus outbreak. When there’s a disconnect, the patient can get stuck in the middle. Since some plans are exempt from the state’s directive, it can be hard for patients to decipher whether or not charges for telehealth services are valid when they do appear on a bill. Gothamist interviewed patients who have been hit with these charges as part of its health cost transparency project #PriceCheckNYC, in collaboration with WNYC and ClearHealthCosts.

Not all insurance plans are reimbursing doctors for the fees that would typically be paid by patients, said Dr. Bertie Bregman, co-owner of Westside Family Medicine, the Manhattan medical practice that Lacey visits. And with revenue down during the coronavirus crisis due to fewer patient visits overall, he said he can’t afford to waive the fees altogether.

“The last thing we want to do is collect anything from patients, but if the insurance company is not covering the copay then we have to charge a copay just like any other visit,” said Bregman. “The fact that [Lacey] heard Cuomo say telemedicine visits are free doesn’t make them so.”

When Lacey challenged the fee, citing state policy, Bregman sent her a message saying he would be “happy to talk to a bureaucrat about this if you want–just have them reach out.”

Bregman said Lacey’s plan under EmblemHealth had recently declined to cover a patient copay for telemedicine–a claim EmblemHealth denied. “We have closely followed all guidance (national and state) during the COVID crisis to ensure that we are in compliance,” EmblemHealth said in a statement.

Bregman explained to Gothamist that he decided to start charging patients $50 for telemedicine visits up front during the coronavirus outbreak to guard against insurance companies flaking out on payments. He said he would adjust patient charges after finding out what their insurance plans were willing to pay, something Lacey says was never outlined to her.

“We don’t usually do that but we’re doing it with telemedicine because it’s the only way to stay afloat,” Bregman said. “We’re seeing 25% of our typical patient volume and it’s all telemedicine. If we don’t charge anybody anything for it we might as well say we’ll just close our doors.”

After contesting the $50 fee, Lacey ultimately had her telemedicine visit with Bregman’s practice, which eventually charged $10 to her credit card–the copay Bregman said she owed. When asked about the charge, EmblemHealth said it would reimburse Lacey for it.

“There should not have been a fee because we have waived all cost-sharing and have instructed our providers specifically not to collect co-pays,” EmblemHealth added.

Some health plans–specifically, the self-insured plans offered by some large employers or unions–are exempt from the state directive around telemedicine fees because they are subject to federal, rather than state law. These plans have their own policies around cost sharing–for instance, some will waive copays, but only if the visit is explicitly COVID-19-related.

Gothamist has reached out to the state Attorney General’s Office about whether it is investigating any violations of the rule and whether plans or doctors could face sanctions for not following it, but has not received a response.

Telemedicine policies also vary among Medicare Advantage plans, which are federally regulated and privately run. The federal Center for Medicare and Medicaid Services has left each plan to decide whether or not to waive cost-sharing for telemedicine and other services during the coronavirus outbreak.

The New York State Department of Financial Services says health plans subject to the state directive have been complying with the order and that it hasn’t received complaints so far.

But even if a state-regulated plan is waiving patient fees for telemedicine, it’s common for these claims to get processed incorrectly, said Susan Null, a principal at Systemedic, a company based in Rockland County that does billing for doctors’ offices and also advocates on behalf of patients experiencing billing issues.

“What we have found is that what management says at the top is not necessarily filtered down [to staff and billing systems],” said Null. “If the system is not properly programmed, it might show that there is patient cost sharing. In every instance that we see a telemedicine claim with cost sharing, we get in touch with the insurance company and make sure that’s correct for that particular policy. There are an awful lot of corrections we have gone through.”

Brooklyn comedian Doug Moe had two telemedicine visits the week of March 14th while experiencing symptoms of COVID-19 so his doctor could advise him on what to do.

The following week, his wife scheduled a telemedicine visit as well after she started feeling sick. At the time, the couple was insured through the union SAG-AFTRA (they recently transferred to a different plan), which charged a $25 copay for each visit.

Because the SAG-AFTRA Health Plan is self-insured, it doesn’t have to follow the state directive to waive patient fees for all telemedicine visits. When Moe sent SAG-AFTRA a message asking about the charges, the plan’s Participant Services Department informed him, “We are only waiving the copays if the service is COVID-19 related.”

Moe pointed out that all three visits were COVID-19-related and the plan replied that medical claims are “diagnosis driven when they are processed” and said Moe could file an appeal if he wished.

“I have to think about whether it’s worth the $75 to go through with it,” Moe said, before conceding, “I will because I hate stuff like this.”

The SAG-AFTRA Health Plan did not respond to a request for comment from Gothamist.

Null of Systemedic said patients should be questioning any out-of-pocket charge related to telemedicine right now. “We always tell people, ‘Don’t pay up front,’” she said. “Everyone has to really pay attention right now.”