When a Doctor Says There Is a Problem With Your Insurance, Be Careful 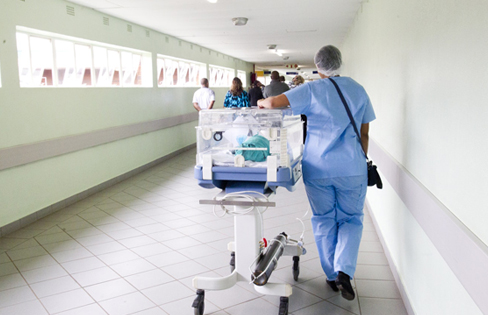 Insurance companies are continually updating their systems to confirm coverage for their subscribers. They are looking to see if there is any reason that a patient might be covered by another insurer. Their goal….to avoid making payments for services that should have been covered and paid by another insurance company.

It is in everyone’s best interests that confirmation of active coverage happens no later than the time at which the services are provided. However, sometimes, unbeknownst to the patient, policies are terminated retroactive to an earlier date. That means that patients could have received medical services that had been paid by the insurer, that are now being taken back from the provider.

Why is this important to you?

If you provide, unintentionally or not, incorrect billing information to a medical provider or facility, and that provider is paid, you might eventually receive a bill from the provider for those services. This is how the process works:

When an in network provider initially submits a claim to the company they think is the primary insurance for their patient, that claim is paid according to the contract the doctor has with the insurer (also known as the contracted rate). In almost all cases, the amount billed to the insurer (Billed Fee) is higher than the amount paid by the insurer (Paid Fee).

If the insurer takes the money back from the provider because at some point the insurer learns that the policy either terminated or that another insurer was supposed to have been primary for that patient, if there is no other insurance to bill, the provider will bill you for the service. Just how much you will be billed is the question….and this is exactly what you need to be cautious about.

Initially the doctor or facility was willing to accept the contracted rate (Paid Fee) from the insurer. Now that it has been determined that the coverage was not in effect at the time the services were provided, rather than just bill the patient the amount that was taken back from the insurer (Paid Fee), some doctors will bill the patient the higher billed amount (Billed Fee). While technically they are entitled to bill you their full rate because you didn’t have coverage at the time, ethically that billing practice is lacking and questionable. Particularly if you have been an established patient, it would be more acceptable that they just ask you to pay the contracted rate (Paid Fee)….after all, when you had insurance they accepted that payment in full.

Therefore, if this situation arises, study your bill. If you did have insurance at that time, provide that new information to the practice immediately so that they can bill the correct insurer. If you didn’t have coverage at the time, look to see how the charges were initially billed to the insurer. Determine what the practice is asking you to pay now. If there is a discrepancy between the two amounts, it would be worth a conversation with the practice to see if they would accept the contracted rate.

If you are unsure of how to interpret the bill or what to say to the practice, seek the assistance of a qualified medical claims advocate. These patient advocates are accustomed to negotiating medical bills and are often a successful road to reduce medical bill costs.

For more information on this topic, or any other financially-related health topic, visit www.get-meducated.com. Our medical claims advocates would be happy to provide guidance through a free consultation.